7 “Fictional” Characters Your Organization Can Do Without 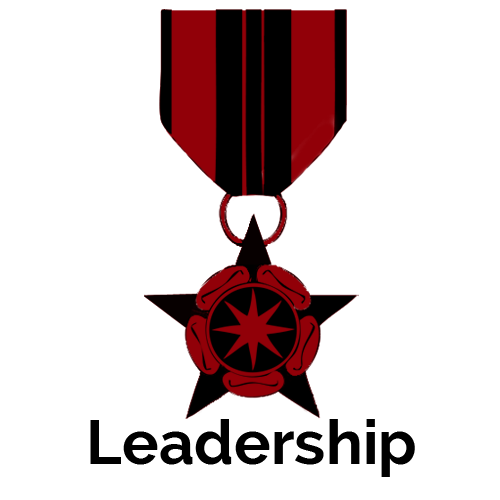 All different types of people make up a community and your workplace is a community. A community, where Americans spend roughly 1,790 hours a year of their time. 1,790 hours a year is a huge time investment!! Especially in place with people who have the potential to drain you and your organization. Now, I know all work conditions aren’t ideal or perfect, but I do believe that “proper, people, placement, prevents, problems”. That being said, below are 7 “Fictional” Characters Your Organization Can Do Without.

1.) Beetlejuice: You remember Bettlejuice! The guy who showed up after you called his name three times. Does your organization have a person that you have to call three times before any magic happens? Companies value people who only need to be told once, what needs to be accomplished and who require little oversight. Are you building a culture of follow through? Start with people that don’t need to be called out, to finish up!

2.) Edward Scissorhands: One of my favorite fictional characters, Edward Scissorhands. He was so cool, calm and collected, until things got tough. In the movie he creates his best work when things are at peace. The moment Edward Scissorhands got flustered, he didn’t do his best, he cut himself and sometimes cut others. We all know peace is the goal, but is often times not the reality in the marketplace. The reality is the workplace is fast paced, and is sometimes volatile. No matter the environment you want someone on your team whose mind is the sharpest, when the stakes get higher. Not someone who gets down on themselves (cuts themselves), lashes out at others (cuts down others) and who essentially becomes inefficient when the pace changes.

4.)  The Mask: Authenticity is the elasticity of every well-functioning organization. The ability of your people to change and adapt without losing who they are, is an important attribute for well-functioning teams. If people are hiding behind masks some days and are “normal” other days, something is up. If trust issues are present, then authenticity is absent. We all have to create an environment where people enjoy being themselves and are safe to be themselves.

5.)   The Hulk: Here’s the bottom line, a leader can never or should rarely lose their cool in public. Now, I’m a man of faith and know that there are a couple of instances of even Jesus (flipped over a table at church in anger) losing his cool in public. So, I’m not saying don’t ever go from Dr. David Banner to The Hulk. I’m saying be careful with those moments; more importantly I’m saying that if you have team members who often lose their cool when agitated or even provoked, they have the potential to destroy the organization, much like The Hulk tore up city blocks. The most important capacity we possess is the capacity to influence behavior, the moment we lose are ability to control our behavior and Hulk moments become the norm, we lost that capacity to influence others behavior.

6.)   Flash: This is the colleague who gets a “grand” idea and moves with lightning speed to get it done. There are a few issues with this type of leader; (1) they don’t build consensus, (2) they don’t chart a full course for action and ultimately, (3) they present half-baked ideas. A task oriented leader is a quality leader, but a leader who fails to get others involved, alienates the team and leaves bodies behind that were supposed to be along for the journey.

7.)   The Waterboy (Adam Sandler movie): *Warning this could be a stretch, but I think you will get me on this one. * This is the team member who is quiet throughout the entire meeting, but when you run into them at the water cooler, they tell you all that went wrong with the meeting, all that’s going wrong with the boss, your colleagues and the overall direction of the organization. The person who believes accountability in the organization totals 100% and not 200% is not the right person for your team. The formula is 100% accountability for self, 100% accountability for colleagues/management and is the perfect norm for your organization.

I like to think of this post as joking with facts, so this is all in good fun. Comment below with some other “fictional” characters your organization can do without.